This Maple Mustard Glazed Brie Stuffed Chicken is not your average chicken dinner. Stuffed with creamy brie cheese and flavourful sundried tomatoes, and topped off with a sweet but savoury homemade maple mustard.

I was inspired to make my own Maple Mustard after a visit to a pancake house in a small town called St. Joe’s Island in the Algoma Region. Fun fact about me, I actually lived in Sault Ste. Marie, Ontario for one year while completing the internship portion of my dietetic education!

While I was living there, I was lucky to meet a friend who showed me around the area. One day she brought me to St. Joe’s Island, known for the maple syrup they produce! We visited the local pancake house, and after eating a pancake the size of a frisbee, I purchased a small batch Spicy Maple Mustard- after finishing the jar in about a week, I had to recreate it.

An oven-safe cast-iron skillet. The chicken is first seared in the skillet on the stovetop then transferred right to the oven to finish cooking. If you have an oven-safe skillet that is not cast-iron, it should work however the cooking time may need to be adjusted slightly. Your best bet is to use a kitchen thermometer to ensure the chicken reaches the proper internal temperature of 165F- make sure you take the temp of the chicken, not the cheesy stuffing.

Wooden toothpicks. For making sure all the stuffing stays stuffed! Remind your family to take out the toothpicks before digging in!

If you try out this recipe, leave a review and rating below! 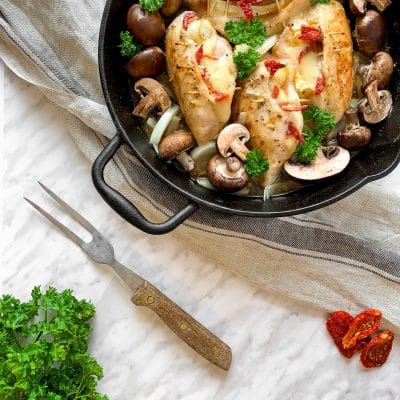 Serve with a side salad and starch/grain of choice.  This dish is best served immediately, but can be reheated the next day as well.  If you plan to reheat in the oven just be aware that the veggies may become overcooked- I suggest reheating in the microwave to avoid this and to keep the chicken from drying out.
Previous Post: « White Bean Pumpkin Hummus
Next Post: Peanut Butter Oatmeal Cookie Overnight Oats » 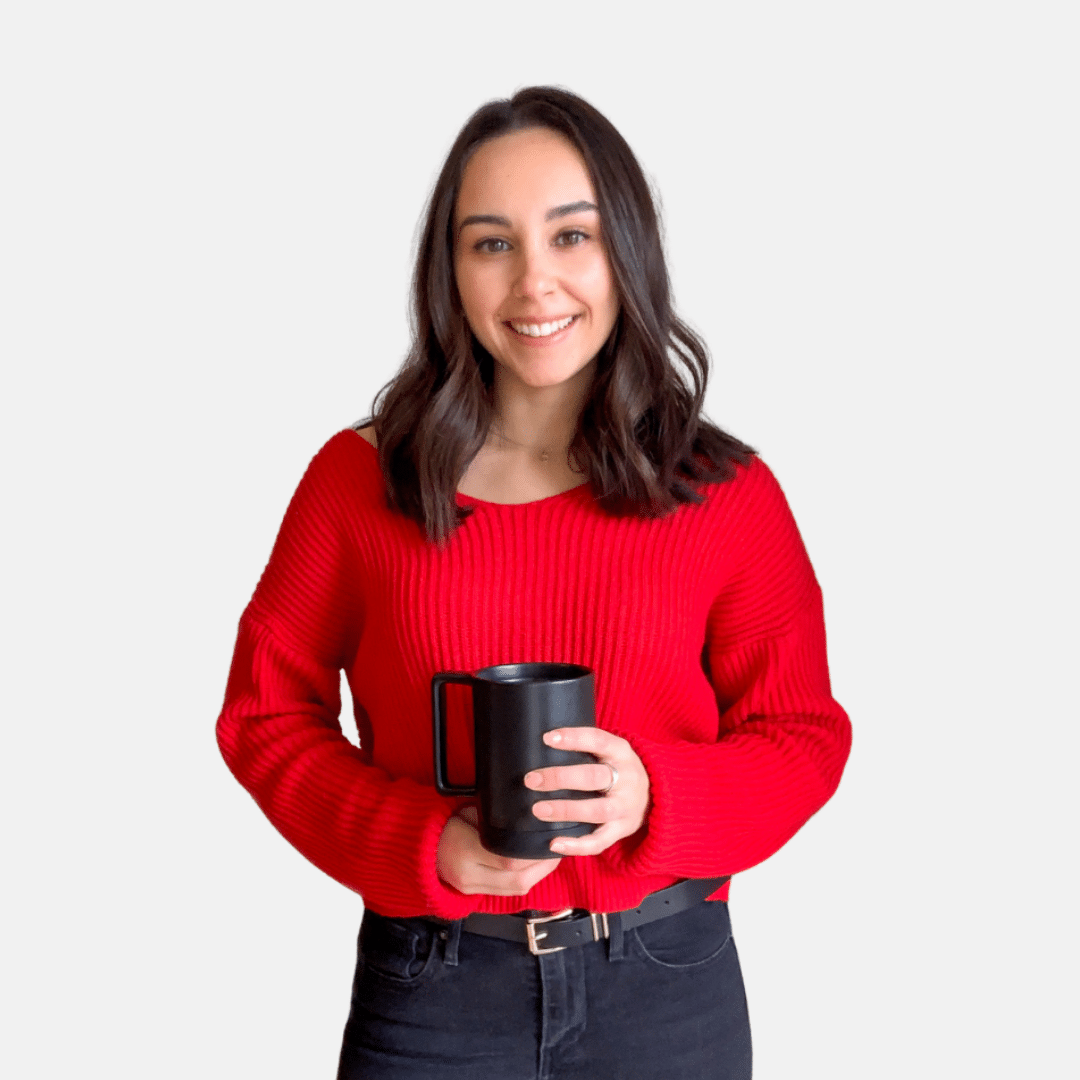 Welcome to The Dietitian Feed, a spot for all things food. I can't wait to see what you make!
Your Meal Planning Dietitian, Andrea Toole

A spot to ask me all your questions plus exciting free stuff!

Helping busy families meal plan smarter, not harder 🍽
✨Tap for all my recipes👇🏻

7 recipes to try this week 🍋🥑 @thedietitianf